In case you missed it, former Trump Attorney General Matt Whitaker was on the campaign trail this week with Missouri Senate candidate Eric Schmitt, hosting a roundtable with local law enforcement to discuss the impact of illegal immigration at the local and federal level.

Attorneys General Schmitt and Whitaker touted the Trump administration’s successful ‘Remain in Mexico’ and Title 42 policies and addressed how Joe Biden’s abandonment of our southern border has led to the increase in drug and human trafficking seen today.

“The signal being sent from the Biden administration is that everybody can come here, and everybody is going to get in. It’s created a humanitarian crisis, in addition to the rule of law issues and the crime,” said Attorney General Eric Schmitt.

“I came down to Missouri to help Eric Schmitt because I really believe that he’s the right man for the job. Our country is on the precipice of a really challenging time and we have two directions we could go, and Eric Schmitt represents the right direction. Eric Schmitt has a record of public service that I would put up against anyone,” said Former Acting United States Attorney General Matt Whitaker.

“We don’t look at you as a politician, we look at you as a friend and as a leader. With your tenure in the Missouri State Senate and also in the Attorney General’s office, we’ve seen the production and we’ve seen action–and that’s what we want. From a lot of ‘leaders’ we get the talk, but with you it’s been results and they’re tangible,” said Joe Patterson, Executive Director of the St. Louis County Police Association. 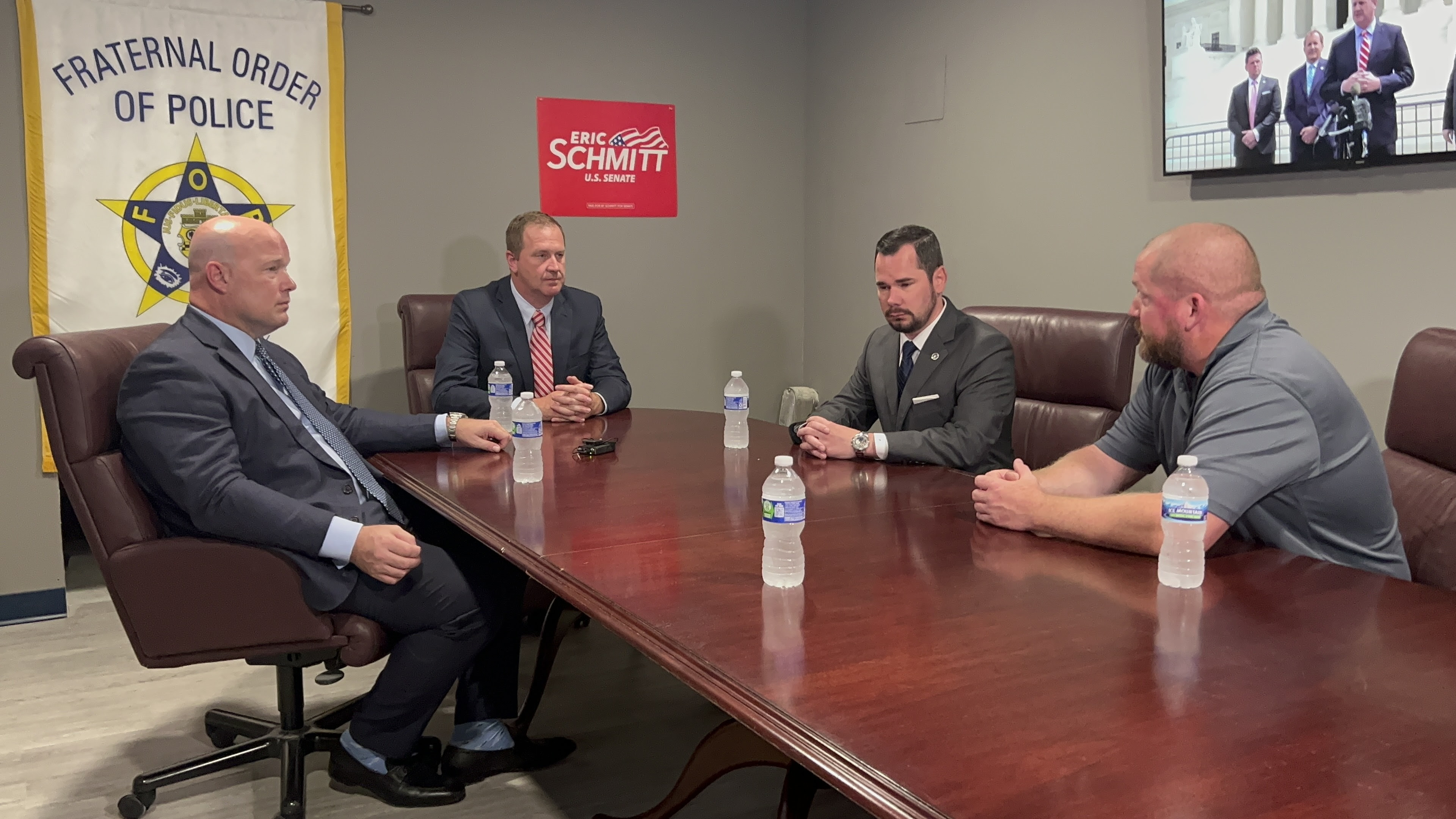